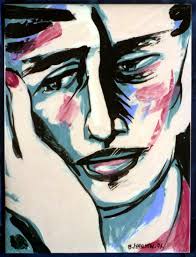 For the first time ever, the UK’s Humourless Correction Centre has opened it’s doors for a rare glimpse into the world of ‘Comedic Conditioning’ – the process of curing those unable to find humour in what popular culture dictates to them as being funny.

In light of the recent case of 24-year-old Jeff Cook, who was recently sectioned for his defected Sense of Humour (SOH), the HCC has been pressured to shed light on its activities.

We gained exclusive entry to the centre, a 19th century Manor House set in a leafy North-London suburb, to speak with Jeff about his experiences.

Jeff’s condition first came to the attention of the authorities last February, when he questioned the comedic qualities of Eddie Izzard on Twitter. Since then he has been under constant pressure from friends and family to seek help. This has seen him subscribe to the services of Dr Hargrove, the HCC’s most senior figure.

When we found Jeff he was slumped, motionless, in an old armchair in his room at the clinic. Though Jeff had come voluntarily, Dr Hargrove informs us he’s considering a more serious approach and sectioning the humourless twenty-something under the Mental Health Act.

“I mean, if an old man wearing a leather skirt, with constant TV and stage exposure for the past 20 years isn’t hilarious, I don’t know what is” Dr Hargrove said. Shaking his head and muttering under his breath “I mean, a leather skirt for Christ sake”.

Hargrove then began to explain an interesting case from 2012, whereby a patient could not fathom why Miranda was still being commissioned, and to critical acclaim. That patient was lobotomized and now accepts that comedy is what the general consensus says it is.

“A successful case…” Hargrove trails off.

The silence is interrupted by commotion behind us. One of the patients has escaped from her room and is being restrained by staff as she gouges at Jeff’s soulless body.

“Why isn’t it funny?” She shrieks, “I’ve always been told that Izzard is funny, why would he be on TV if he wasn’t funny?”

She breaks down into sobs as the orderlies wrestle her into a straitjacket.

“This happens sometimes” Hargrove says shaking his head, “it’s as though questioning universal truths is contagious. She’ll be OK after a cup of tea and an intensive round of Vicar of Dibley”

After the ordeal, we’re told that Jeff needs rest. However, we’re taken to another wing of the hospital to meet Tony, the oldest patient here.

He’s considered to be one of the most severe cases ever brought in. His crime? He’s the first of his generation to question the comically quotable Monty Python.

Dr Hargrove has to rush off to an emergency but allows me 5 minutes to sit with Tony, who’s considered a lost cause. Although he’s been under constant conditioning, he appears to be more coherent and sane minded than the rest of the patients.

He even admits enjoying the early Monty Python, but began questioning it more and more after it’s popularity in the US grew beyond recognition. A former aviation engineer, he attributes the transatlantic pollination of Monty Python with the success of Freddie Laker airlines in the 1970s. For the first time, taking the English to America in droves and with them bringing the series with them. Ultimately, he began to question whether it was ever funny in the first place.

“The yanks wouldn’t stop telling us how much they loved it, until it was one of the first things they told us whenever we met them” says Terry, who often travelled to the States for business during this time.

Although he appears relatively upbeat, it’s clear Tony yearns to be released. Whenever one of the nurses drift in to check-up on us, he breaks into Monty Python quotes in a desperate bid to convince them he’s cured.

“Is he dead?” He shouts in a shrill fake women’s voice “well he’s nearly dead”.

However this only exacerbates the problem, and he is quickly restrained and we’re told that our time is up.

“I don’t even think that’s the correct quote” one of the nurses says to the other, as they strap him into his bed.

One can only hope that Jeff is cured. And quick.