After a stint away, I returned to the NW London pocket of Kingsbury (where I grew up) with fresh eyes. Look at the potential; a reservoir, eccentric cottages and castles, cheapest rentals on the Jubilee line, 15 minute tube ride to Central London and an actual genuine community that doesn’t live through local lifestyle blogs and urban farmers’ markets.

But wait, there’s more…greenery, history, celebrities and more boozers than you can shake a half bottle of Stella at.

Sitting 8.2miles from Charing Cross (the centre of London according to black cab drivers), Kingsbury is one of London’s middlebrow areas. Not the roughest place to live, nor the poshest. The next Prime Minister won’t have attended its schools, nor will the next Ken Loach film be set on its streets.

Panic in the ‘burbs: These days Kingsbury only ever features in the national press for the negative stuff (via Mailonline.com)

Despite puzzled looks from those who boast of nosebleeds when venturing out of Zone 2, the type of people who move to Balham and define their “Londoner” status through Buzzfeed criteria, Kingsbury’s only a short ride from Central London. You’re not going to have a nosebleed, a stroke nor be confined to wheelchair for the rest of your life by jumping on the Jubilee line here.

Despite having a population of just 52,000, Kingsbury has changed the world more than most Eurovision-winning nations and has greater potential than wherever Time Out is calling out the ‘next Dalston’. It’s given us an England cricket and football captain, a Rolling Stone, a BRIT-award winning girl band and so much more.

Founded in 10AD, it was named “The Kings’ Stronghold” by Anglo-Saxon settlers. Meanwhile, Queensbury (next stop on the Jubilee line) got its name from a local newspaper contest in the 1930s. Just saying.

An important trading route, the area fell into the hands of the Knights Hospitaller. Being a Roman Catholic military order, it was suppressed by Henry VIII in 1540 with the land assigned to the dean and chapter of St. Paul’s Cathedral in 1544.

Many claimed the territory to be an independent state, free of royal intervention, and as a result the Kingsbury Liberation Front was formed. Forced to conduct their activities underground, they led several campaigns against successive kings and governments to win back sovereignty. However, their activity is thought to have ceased sometime around the mid-20th Century.

In my mind, it would be ideal if Kingsbury had assembled a standing army and fought for nationhood.

Despite perpetual development, Kingsbury boasts one of the highest ratios of green land. Fryent Way Country Park, a retreat from the surrounding London sprawl, was apparently where Charlie Watts would assemble his drum kit for a practice pre-Rolling Stones.

The Welsh Harp Reservoir, a popular rural retreat for the Victorians, is one of few SSSI within Greater London. Along with supplying the River Brent, it also contains several sailing clubs. Such is their obscurity, many lifelong residents don’t even know they exist.

But that’s what makes Kingsbury so enigmatic. You could live here for 10 years and never fully uncover the seemingly endless alleyways and overgrown public footpaths that spring surprises. Be it a lost underground river, a shooting range or a WW2 air raid shelter, the depth of Kingsbury’s character will amaze you.

It’s well represented on the pub front with a total of 11. None of which serve food on breadboards or disingenuously encourage patrons to engage through games of Guess Who?

While they all have their unique offerings, here are ‘The Big 5’;

ARCHITECTURE: “When were they built, Sir?”

Kingsbury has some of London’s most eccentric architecture; 1920s semis, a POW-built village, post-blitz council blocks and Help-to-Buy new builds.

Trobridge Architecture: The castles appeared in Madness’ video for their 1982 hit Our House

But it’s the designs of Belfast-born architect Ernest Trobridge that really impress. Ramblers from preservation societies come to squint at his renaissance cottages and castles built in the 1930s. One of his most famous designs on Wakeman’s Hill featured in the music video for Madness’ 1982 hit Our House.

This heritage can only be explored on foot, and so mainly enjoyed by local schools that can’t afford transport to more faraway fieldtrips. This architecture deserves more visitors than hoards of bored school children.

FAMOUS RESIDENTS: Where stars are born. Or at least go to school

Advertising legend Sir John Hegarty said, “Simply sitting on a bean bag doesn’t automatically make you creative”. Essentially, you don’t need to live in an area daubed in commissioned graffiti to be relevant.

Kingsbury has proven this. From sport to music, terrorism to technology, Kingsbury has already touched you in so many ways:

It’s no coincidence that one pocket of London has produced this many artists, thinkers and musicians. There’s something about the area that stimulates a logical yet disruptive outlook on life. Or something like that.

You too could make your name here. Just like Oliver Goldsmith, who wrote She Stoops to Conquer at local Hyde Farm, and TV Pioneer John Logie Baird, who received the first continental television pictures at Kingsbury Manor. Aviation pioneer Amy Johnson, who learnt to fly at Kingsbury’s aerodrome, even has a block of flats named after her. Accomplishment is recognized and rewarded here in Kingsbury.

DEMOGRAPHICS: Everyone is, or was, related to former local boy Paul Merson

Okay, an incestuous bloodline of that degree may be somewhat exaggerated. Despite a close community that trades on mates-rates and lifts to school, Kingsbury is one of the truly diverse parts of London. 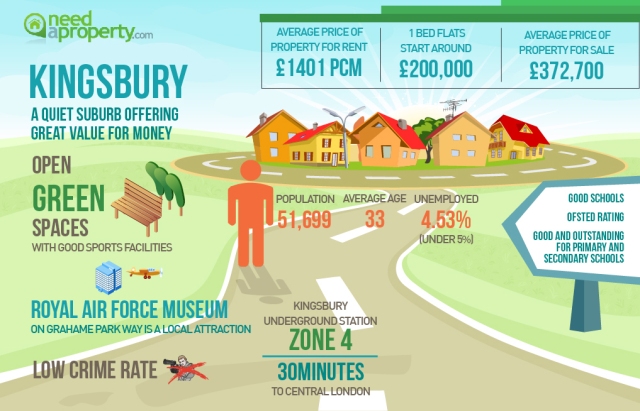 Aspirational Irish immigrants of the 1950s moved here from the same inner city Victorian terraces their Grandchildren can no longer afford to buy. They built our roads and repaired our post-war cities, but now live here with their valuable labour supply companies and plant hire contracts.

The 1970/80s saw Indian communities arrive that were determined to supply the country with the smartest minds and savviest businesses. They’ve left a legacy that extends far beyond the curry houses, resplendent saree shops and phone dealers that can also cut your keys and resole your shoes. This summer the local community raised £20m to build the world’s first ‘Eco-Hindu Temple’ right here in Kingsbury.

More recently Kingsbury’s been a big beneficiary of the expansion of the EU, with fresh waves of Eastern European manual workers, cheap loft extensions and Tyskie stocked off-licences.

The Prince of Wales’ Bandwagon Soundhouse was one of the earliest heavy metal clubnights in London. An unknown Iron Maiden played there in 1979 and called their EP The Soundhouse Tapes after it. The site is now a block of flats with a Tesco Metro beneath. 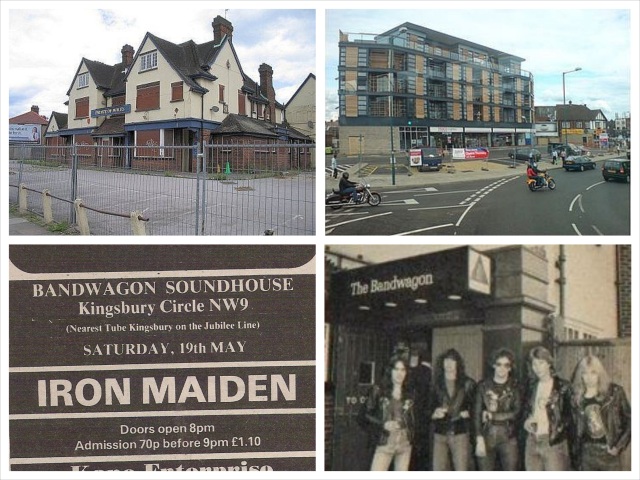 No coming back: The Prince of Wales hosted an early Iron Maiden at their club The Bandwagon, now a Tesco Metro

Kingsbury is not exempt from globalization, having seen its character succumb to glass developments and generic chain stores. Increasingly becoming more bland and indistinct as time goes by.

The former jewel in its crown, Kingsbury Lido, was closed in 1988. Finally demolished in 1994, an overgrown cordoned off pile of rubble lies there today. While commonly accepted that the death of a child was the final nail in its coffin, its closure still fuelled further speculation;

A minor victory over Globalisation

Whenever a McDonald’s closes, skeptical schoolchildren instantly ask themselves why; a local outbreak of herpes and the milkshake machine often being linked. Reasons behind the closure of Kingsbury McDonald’s include:

Regarding Pizza Hut, “the first UK delivery unit opened in Kingsbury, London in 1988” according to FranchiseSales.com. For some parts of the UK, this would be a genuine achievement and be taught in schools through song and interpretive dance. Not here. No need. This town gave the world a Rolling Stones for God sakes. 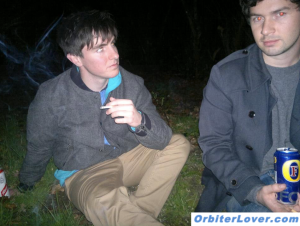 Ex-Sugarbabe Mutya Buena drinks in the local Wetherspoon’s. Paul Merson’s cousin works in a local hairdresser. Charlie Watts’ auntie lives in the flat below my gran’s. Some lad from school even featured in the Tulisa sex video.

But the vast bulk of Kingsbury’s success stories have rolled on (1990’s dance group Baby D being the last known celebrities still living locally). Evidently so when I failed to recruit any of them for the 2012 Olympic torch relay when it came through Kingsbury.

89 thoughts on “A love letter to Kingsbury: A metaphor for London, a suburban oasis”